An 80-metre (260’) long sailing cargo ship, with a commercial capacity of 1,100 tonnes of cargo is planned to be built. With a prevailing sail propulsion, the carbon emissions of the merchant vessel will virtually be close to zero. Besides the climate impact, this vessel will also permit reduce air, water and acoustical noise pollution caused by maritime transport. The launch is scheduled to happen in the summer 2023, and will sail to various destination around the globe: New York, Shanghai, Abidjan, Caribbean, Brazil, Colombia, Mexico, etc. By building a modern, iconic sailing cargo ship, Piriou and TOWT are promoting an industry left aside for about a century with new techniques in order to meet with the climate emergency challenge. The Piriou shipyard is committed to promote low-carbon maritime transport under sail, by developing cutting-edge expertise in the construction of commercial mainly wind propelled vessels.

The design of the new ship, by Piriou

TOWT: the scale-up of the sailing transport’s pioneer

Relying on wind propulsion, TOWT aims to decarbonise maritime transport drastically, now, and at a cost in line with market requirements. Convinced that the technological decarbonisation of the merchant navy is going to happen, but only for merchant, ie. primarily commercial reasons TOWT started to prove as of 2011 the existence of a commercial market by chartering existing sailing ships. 10 years later, it is nearly 2,000 tonnes of goods that have been sailed on 19 different vessels. TOWT’s economic and commercial success proves that beyond the dream of decarbonising maritime transport by sail power, this is a reliable and profitable business to meet the rising demand of consumers and shipper clients for green transport. To better meet with this need, TOWT created in 2017 the ANEMOS label to strengthen the marketing leverage in sail transport. Consumers can thus find in all transparency the route, the vessel, the logbook and the carbon footprint linked with their produce. Today, TOWT is going one step further by commissioning Piriou for a vessel able to change the scale of the environmental impact by carrying up to 20,000 tonnes of goods per year.

Today, over 30 cargo-owners intend to utilise TOWT’s future vessels. TOWT is already looking ahead with the aim of launching a fleet of four vessels by 2026. This transition to an industrial scale would not have been possible without the visionary companies who joined TOWT as “early adopters”. Among these pioneers, Cémoi, France’s number 1 chocolate-maker, Belco, a growing specialty coffee supplier, or Martell Mumm Perrier-Jouët, the prestige branches of the Pernod-Ricard group or EthicDrinks, a specialist in organic wines, were among the first to plan to ship carbon-free on the future ship’s routes. 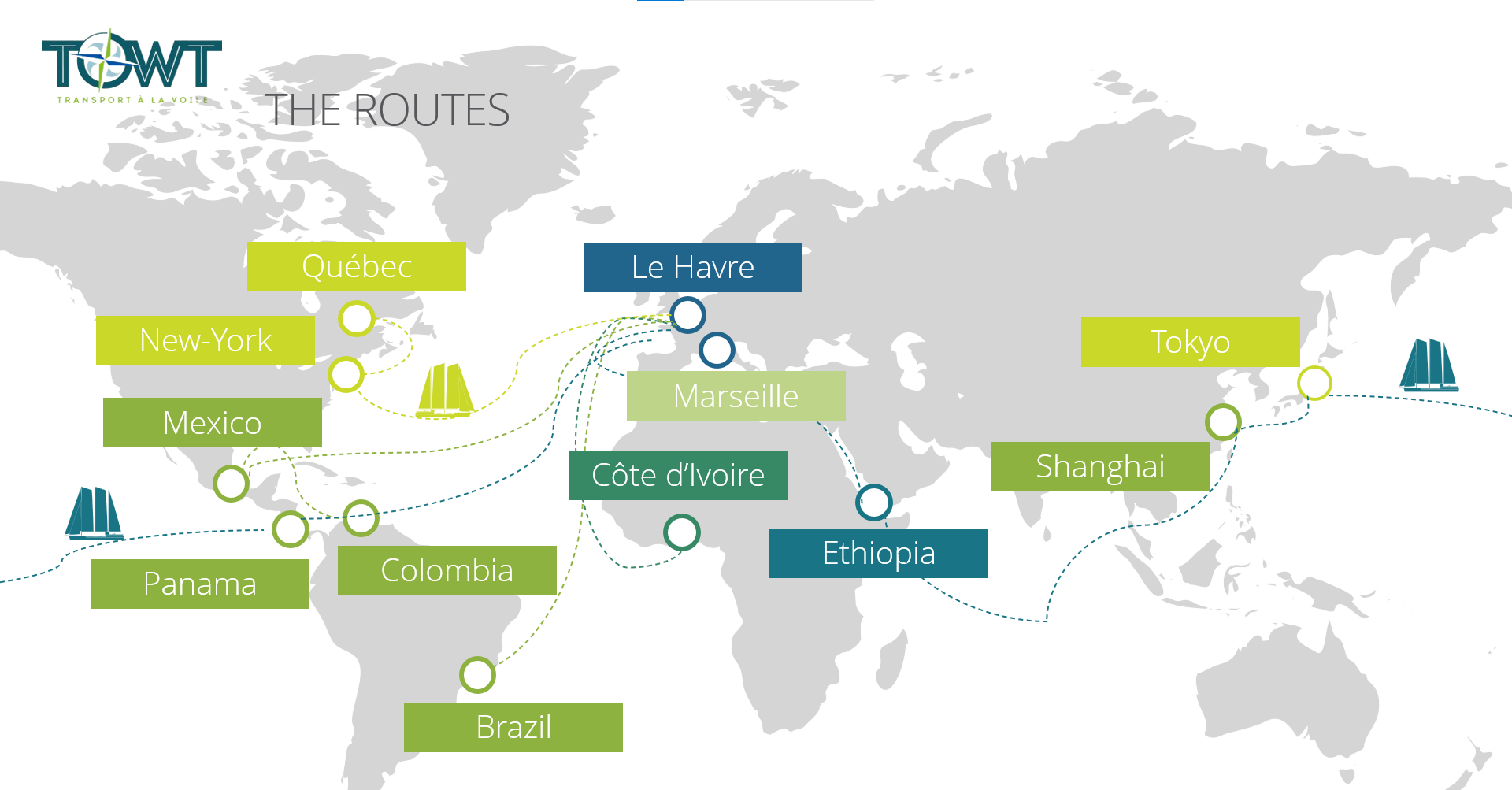 TOWT and Piriou : a long-term collaboration 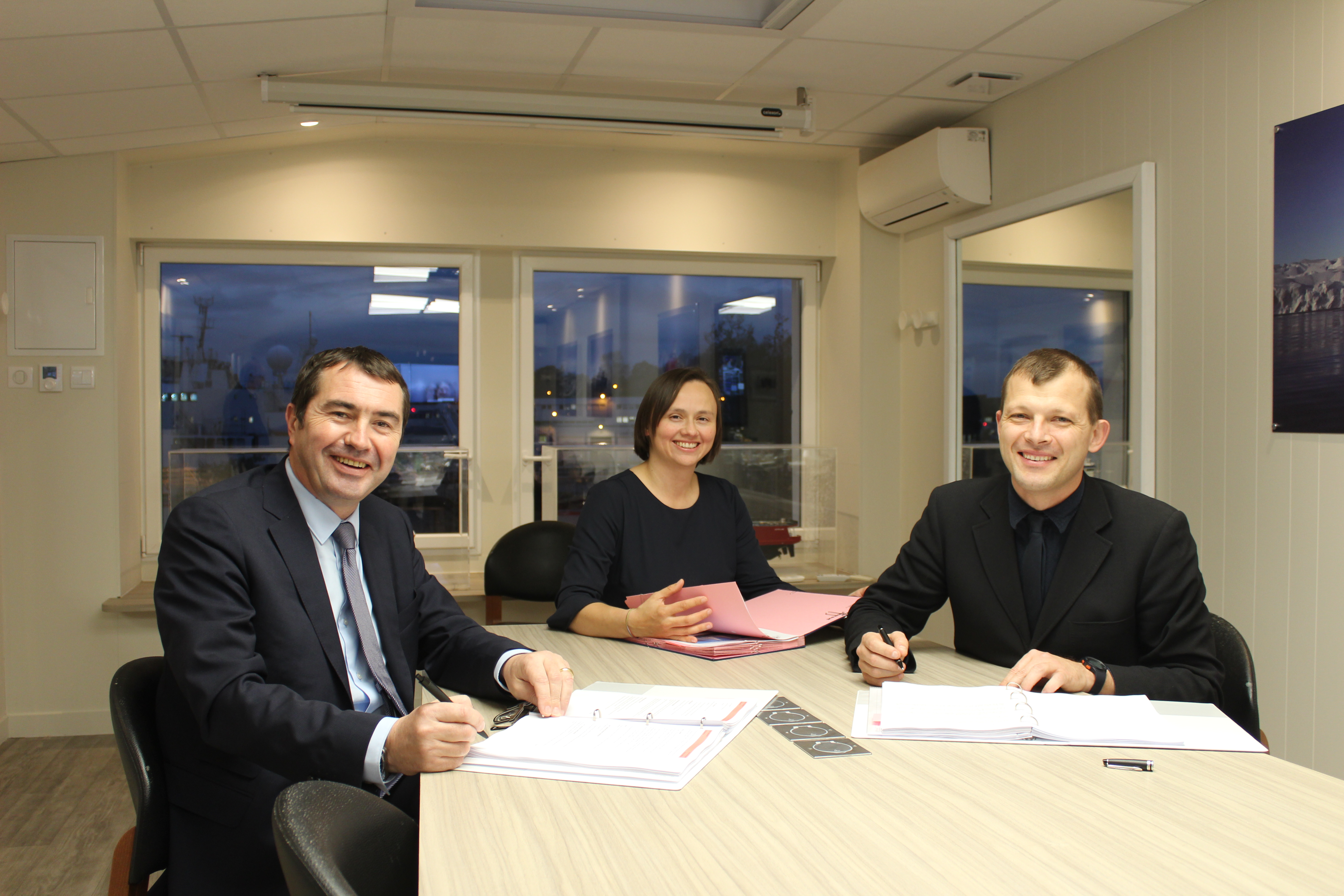 Following a Europe-wide tender launched as early as July 20219, TOWT selected Piriou shipyard for the highest level of their proposal, as well as their proven experience in building similar-sized ships. Building on the initial design done by Nantes-based HERSKOVITS & TOBIE naval architects, Piriou has taken over the technical specifications of the vessel since February 2021. The vessel has thus evolved considerably to rationalise and industrialise its rigging and propulsion, while at the same time increasing her performance and commercial capacity, in cargo and in passengers.

“A few weeks after announcing the signing of a contract for the construction of Jean-Louis Etienne's sailboat “Septième Continent”, Piriou is proving that the shipyard is at the forefront of innovation regarding the progress of sailing technologies and the decarbonization of maritime transport.” 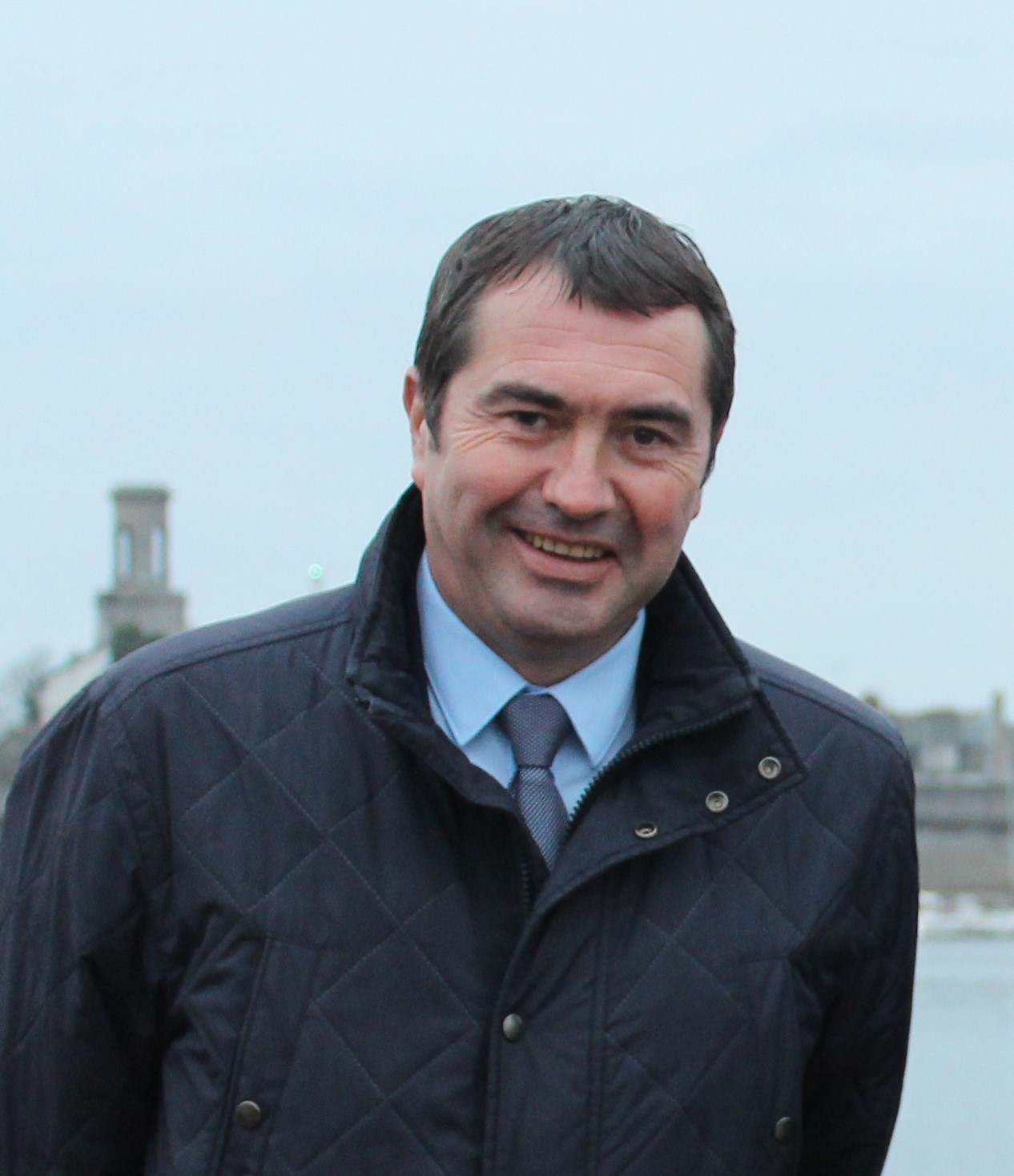 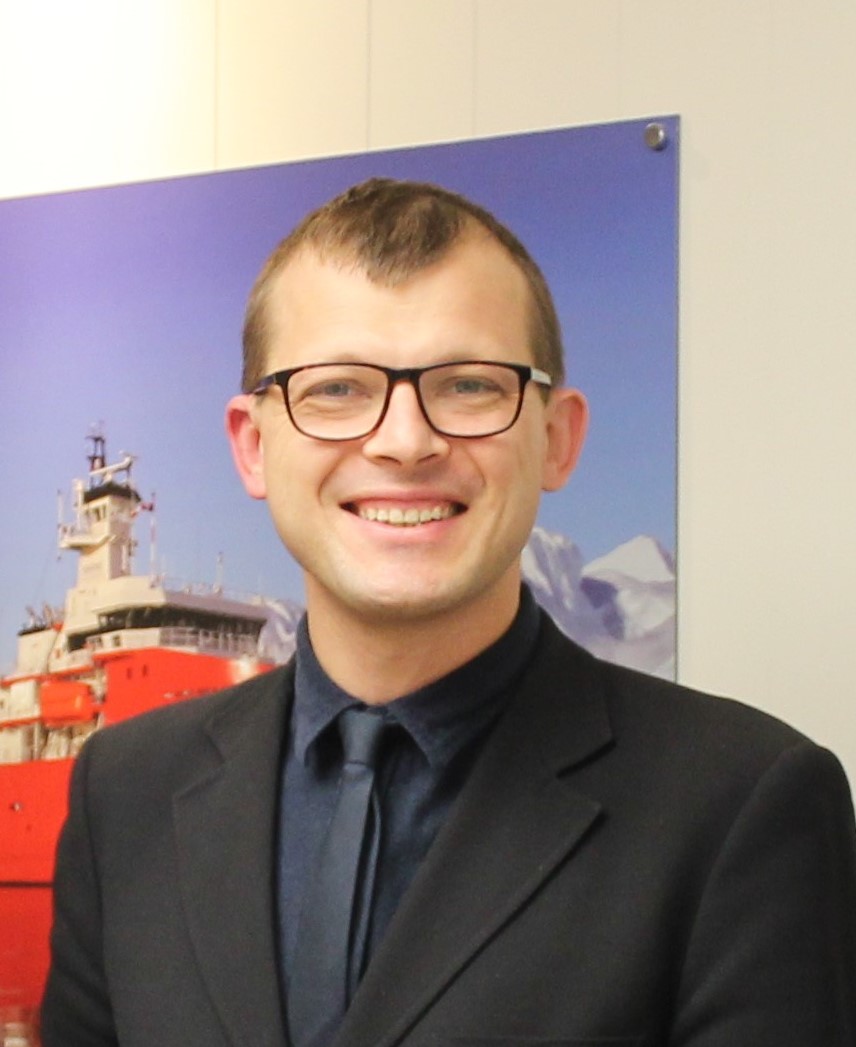 "TOWT is about to launch the construction of a historic ship. No sailing ships of this size have been built for about a century. And within a century of evolution, it goes without saying technologies have changes entirely. We are going to bring out the best of both centuries: the technologies of this century to meet the climate challenge while keeping the ancient knowledge of those who have opened the routes on which winds carry us. The wind, on the open sea, has barely changed. It can efficiently move large quantities of cargo. We have a record with the PIRIOU shipyards going back to our 2015 first encounter. After a major economic investment and years of development, TOWT has selected Piriou because they were the best with regards to our objective criteria. We are not building a simple "motor sailor", i.e., a vessel with main engine propulsion or, a pleasure yachting, or a racing boat, but rather a modern working sailing vessel. And it is very different. Piriou gives us the benefit of their experience, network of suppliers, and technologies which allows us to optimise our future reliability, performance, and cost, for a common story that we have yet to write together because it no longer exists elsewhere. It is a technical, commercial, human and, in that sense, historic challenge, an ambition. And it's a good thing that you are sitting in the front seat to witness it."

An eco-friendly ship towards the climate and the oceans

The sailing cargo ship will reduce CO2 emissions almost entirely and save 20g of CO2 per tonne transported per kilometer, thus saving about 3,000 tons of CO2 each year. In addition to the carbon savings, the principal wind propulsion allows a significant reduction of air pollution (SOx and NOx) heavily impacting human health. Finally, the use of a non-biocidal antifouling and its silent main propulsion will make the vessel to reduce considerably its impact on marine biodiversity. To promote its assets for the protection of the oceans, the cargo ship will board scientists and measurement tools.

An ecosystem of excellence for an unprecedented vessel

Leading companies in the sailing industry are participating in the design and construction of this vessel. It will thus be a source of diversification and job creation for the companies involved. As an example, TOWT is already working with D-ICE Engineering on the design of a tool to optimize its operational planning. Beyond the technical ecosystem, the construction launching is only possible by the financial and advisory support of public and private stakeholders. Thus, TOWT has been supported in its development for several years by the law firm Stream Avocats and Solicitors (more information in the press kit) as well as by AltfinPartners in the structuring and financing of its first "Sailing Cargo Ship". Going beyond traditional means of financing, TOWT has also opened a crowd investment on the LITA.co platform. Today, more than four million euros in investment pledges have already been registered. The collection will open in the coming weeks, there is still time to invest!
A lead investor is always welcome. 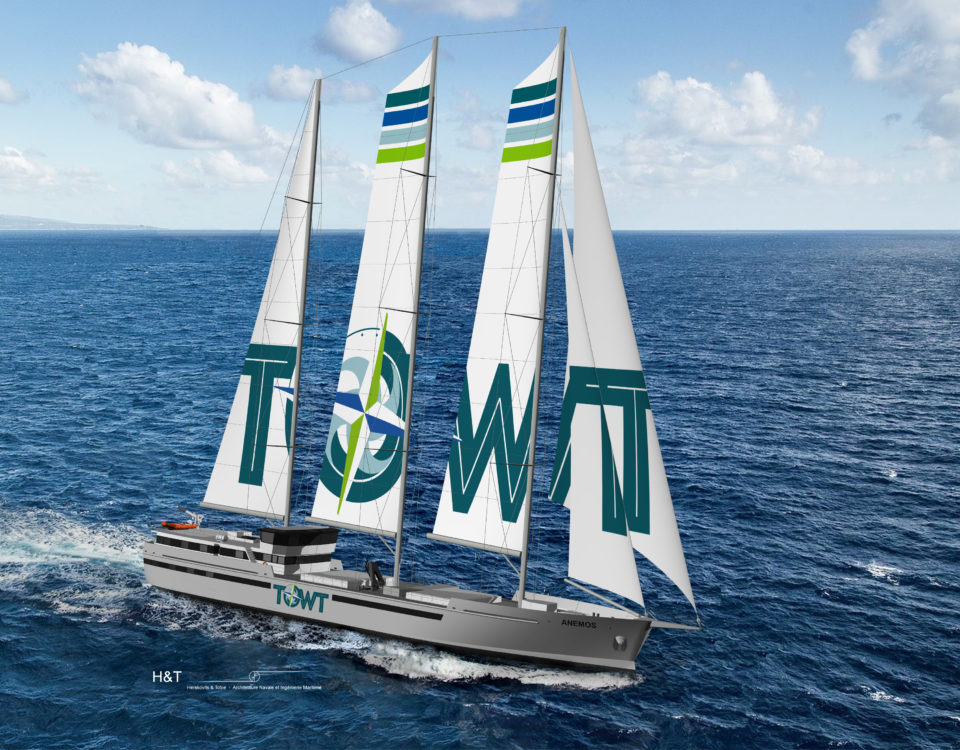